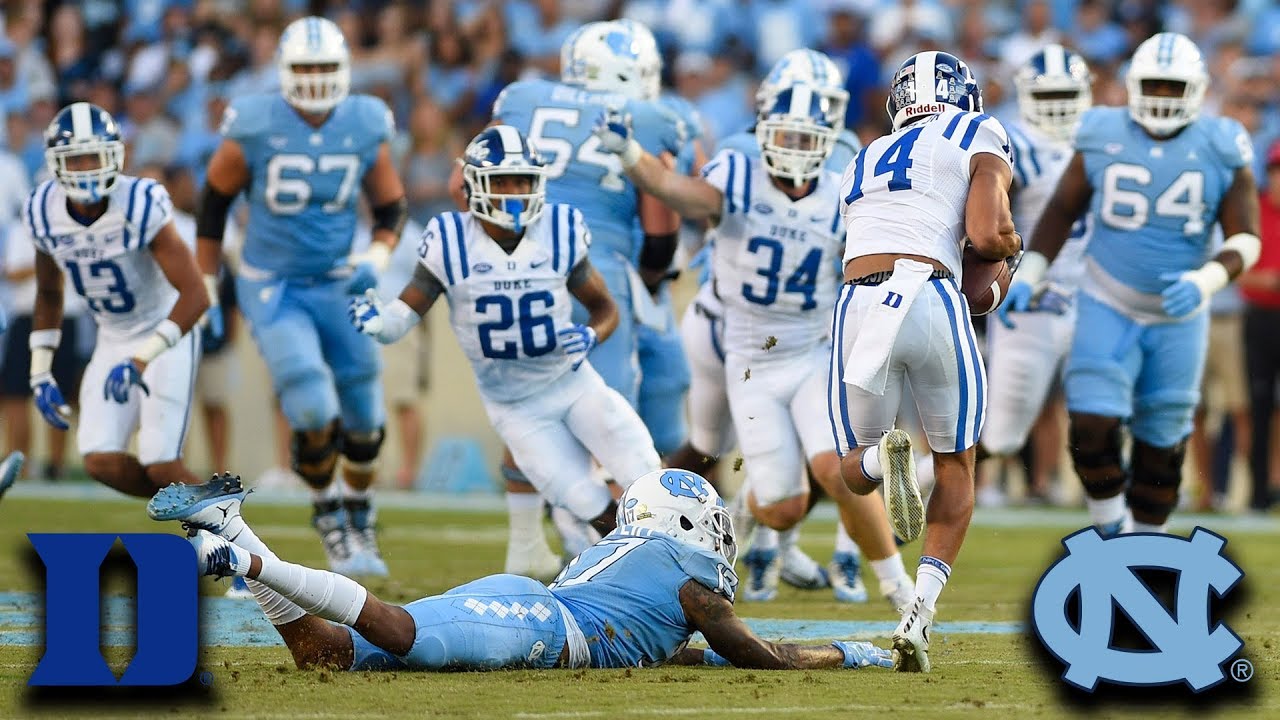 With all the basketball buzz some have forgotten this: Duke Football takes on crosstown rival UNC this weekend with. Now, it doesn’t carry the heavyweight glory of Alabama-LSU or Ohio State-Michigan, and definitely not Duke-UNC in college basketball, but there is some heavyweight involved: the VICTORY BELL. Winner takes all.

Games against Virginia and Pitt- both losses- were put to bed against Miami, as the Blue Devils held on for a thrilling 20-12 statement victory which, while it wasn’t always pretty (literally, the game was a mudslide), tipped the scales in our favor for the remainder of the season and guaranteed qualification for a bowl game. Now, they come home for the first time since a loss to Virginia looking to claim the Victory Bell for a third straight year.

UNC’s Season? Not One for the Books.

Almost everything that could go wrong did this year for the Tar Heels. Starting QB Chazz Surratt and (I think) 11 other players were suspended from 1-4 games to start the season (Surratt got four) for selling their school-issued shoes. They had to start the season with Nathan Elliot, who started out looking, well, not up-to-speed. Almost immediately after Surratt returned, though, his season was over with a wrist injury. Anyway, currently, with three games to go in the season, UNC is 1-7, including losses to Cal and ECU, plus late losses to ACC rivals across the board. Coach Larry Fedora is on a major hot seat right now. And yet, you can’t count anybody out in a rivalry game. Don’t be fooled: they can lose to ECU (yes, ECU!) and still be red-hot ready to come to Wallace Wade. Plus, the Tar Heels are the only ACC team to knock off Pittsburgh (I shudder at the memory of Duke up there), plus close games with multiple ranked or formerly ranked teams. The tape is better than the record.